AQUA4D, a Swiss specialist in precision irrigation, has continued its expansion in California by opening a new branch and a depot in the Central Valley. This will enable them to bring their revolutionary technology to more U.S. growers than ever, with the resulting improvements in the efficient use of water, productivity and salt management. More projects, larger teams. The first USbased projects began in 2018 when co-founder Walter K. Thut moved to Fresno to oversee the first AQUA4D equipment installed in pistachio and almond orchards. Since then, the team has expanded and there are more projects, with the noteworthy inclusion of Lindsay’s former irrigation specialist, Yvain Mirabal, and innovative agtech expert Jeff Nunes. Impressive results. The latest expansion follows a series of outstanding results in the Central Valley and beyond. Most recently, a project at a major producer of nuts in Kern County studied the effects of leaching soon after the installation of AQUA4D. The early results from soil sensor readings showed that salts were being leached down to all levels compared with the control, as well as a drop of 22-25% in the EC (electroconductivity). As AQUA4D is the only technology on the market which solves salinity issues while increasing water efficiency in the process, the results are being followed closely in areas affected by brackish water, soil salinity and drought conditions. Full commercialization of the Max system is expected early next year, with many people in California keeping a keen eye on AQUA4D developments due to the potential impacts on water efficiency and salt management. 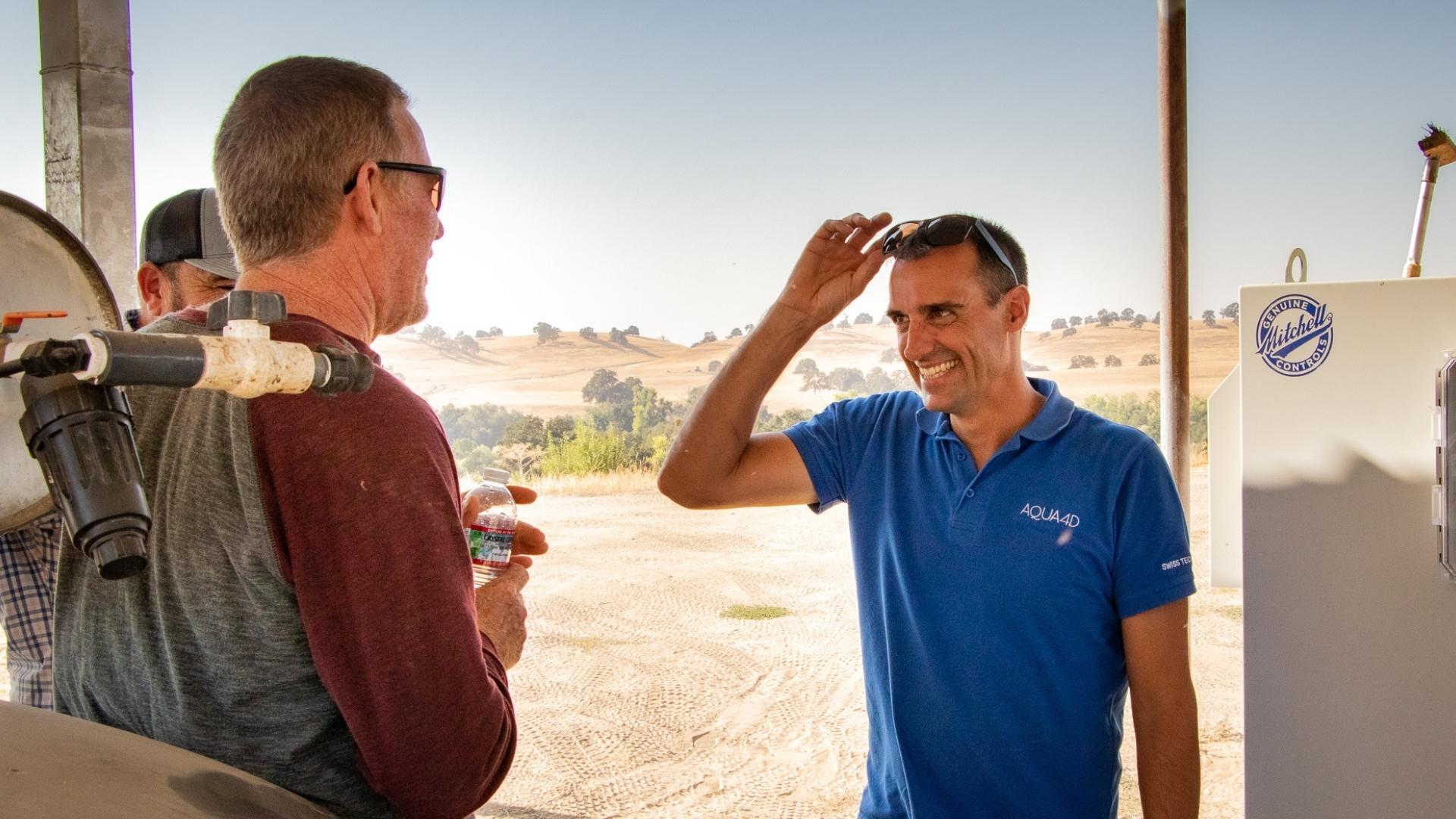